Showing posts from 2014
Show all

The Ballcap Blog on TV

June 28, 2014
I've been invited to appear on the "Padres Social Hour" on Fox Sports San Diego today to discuss the history of San Diego Padres caps. The show is on from 5:30 to 6:30. Tune in if you are in the San Diego area!
Post a Comment
Read more 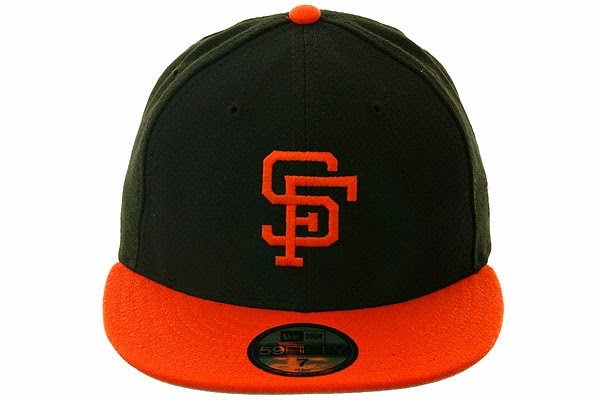 Hat Club has released a near-perfect reproduction of the cap that the San Francisco Giants wore from 1977 to 1982. A proper reproduction of this cap has NEVER been done before. Hat Club tried making this cap in the past but the improper versions were sent to them instead. The Reproduction The reason is that MLB Licensing and New Era believe that the cap that the Giants wore during that era uses the same logo as the present cap but without raised embroidery and with green fabric under the orange visor. The real cap had the logo seen above with with grey fabric under the visor. The Original  Vida Blue rocks the original. Photo proof that MLB and New Era have it wrong. Features of the reproduction: -100% Polyester -MADE IN USA -Black Sweatband -Tonal New Era Flag on the side -No MLB "batterman" on the back The reason for the flag is because this is not the official on-field cap reproduction in the eyes of MLB Licensing & New Era. However Hat Club
1 comment
Read more 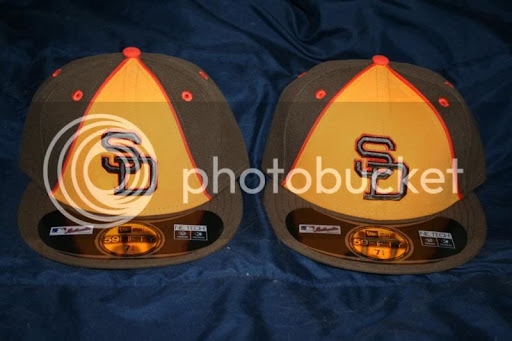 The Padres opted to have a turn back the clock game early this season, wearing 1984 uniforms on Memorial Day weekend. Initially, there was supposed to be little difference from last season's version and the one for this season. However, there are two that I noticed. The 2013 version is on the left, 2014 on the right. The 2013 version has a much smaller "bell" compared to the 2014 version. The 2014 version also has thicker stitching and does not show any yellow where the orange outline is close together. The non-outlined portion of the logo still overlaps instead of interlocks. Just when New Era was showing signs of making these caps more faithful to the originals, they took a step backwards this year. The 2014 version is almost exactly like the 2011 version (which was not released to retail). I was all set to purchase a game used cap once the last game they wore them was over, but I was told that the team changed their mind and will wear these caps once more
1 comment
Read more

March 03, 2014
At the end of February, New Era released the first wave of their highly-anticipated "Herritage Series". The first part of the series is based on the year 1934, which is the year that New Era made their debut in the on-field cap market that they would later dominate and then monopolize. The Heritage Series will be released in several parts over the course of the year, with each collection focusing on a certain year. At first glance, it would appear that New Era had created the vintage on-field cap reproductions that us hardcore cap fanatics have been dreaming of. For the price of $75, they feature melton wool with leather sweatbands. They use the "19Twenty" pattern as opposed to the 5950. The description states that the Heritage Series is based on key moments during the course of their relationship with MLB. They are also shipped in special box that is a replica of the boxes that on-field caps were shipped in. So these caps are replicas of on-field caps, right? Wel
6 comments
Read more 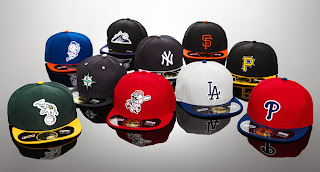 NOTE: THIS POST IS NOW OUTDATED AS NEW ERA HAS PHASED OUT DIAMOND ERA ON MLB CAPS. New Era is still using Diamond Era caps in Minor League baseball as of 2019. In 2013, New Era introduced a new cap material that they've dubbed "Diamond Era" due to the diamond-shaped pattern in the fabric, which is made of 100% polyester. These 5950 fitted caps have replaced the 3930 stretch-fit caps for both spring training and regular season batting practice. Players had long complained about the 3930s, which have a material that has been described by players as feeling like a "wet towel" once it starts to absorb sweat. They made their debut at the 2013 MLB Spring Training. Several teams also wore them in a few regular season games. Diamond Era caps are made in China, as opposed to normal on-field caps which are made in the USA. However, the patriotic caps made to be worn for the 4th of July were made in the USA (with "imported fabric" according to the tag).
7 comments
Read more
More posts