My example will be the Stockton Ports (Single-A California League Oakland A's affiliate) home cap from the 2011 season. The USA-made cap is my personal cap that I wear, the Chinese-made cap was game used in 2011 by Rashun Dixon, brother of former NFL player Anthony Dixon. Dixon gave it to a boy that I mentor and take with me to games. 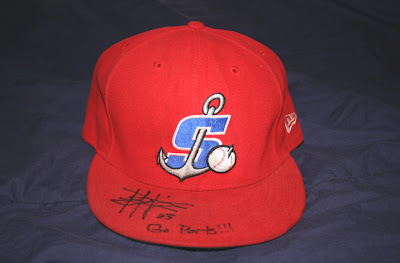 The first thing I noticed is the difference in 100% polyester fabric. USA caps have more of a wool feel. Chinese caps feel more like felt or even almost like velvet. Chinese caps also tend to have a larger fit than USA caps. When it comes to the visual differences, the first difference is the size of the crown. The larger crown of the Chinese cap has received many complaints, with some describing them looking like Elmer Fudd's hat. At times they have an onion shape. 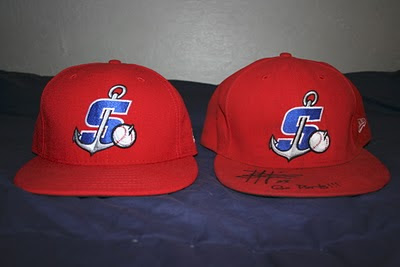 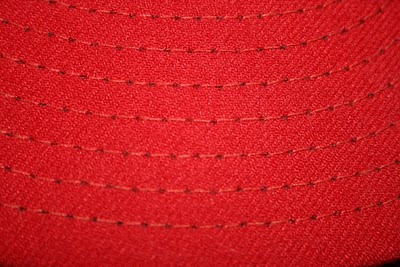 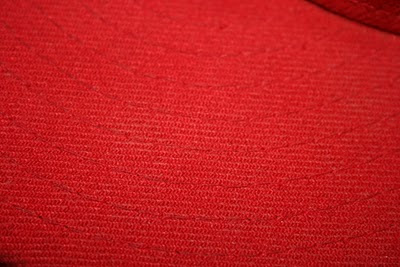 Next we have the inside. Although there doesn't look like anything is different, the buckram behind the front panels is much stiffer on Chinese-made caps, almost hard plastic-like. The taping is flatter and not as rippled as USA-made caps, and the silver bottom of the button is flat on Chinese-made caps rather than curved. 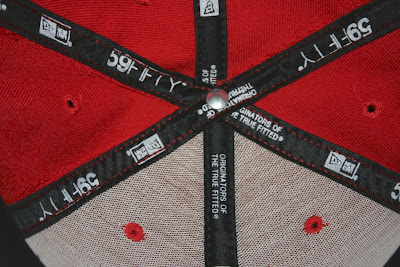 Inside of the USA-made cap 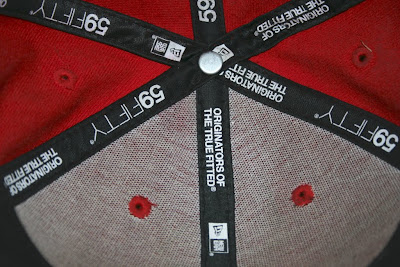 Inside of the Chinese-made cap 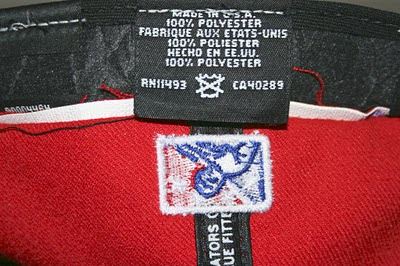 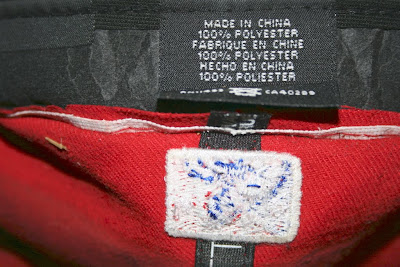 Other differences are that the ends of the sweatbands are sewn together behind the center New Era tag, whereas the Chinese cap sweatbands are attached off-center behind the size tag. The Chinese visors have a strong rubber smell when new and are also much more stiff and tend to crease in places when you attempt to curve it. Some Chinese caps even have visors that are smaller than normal. A typical New Era visor is 7 3/4 inches in width, while some Chinese caps have a 7 1/4 inch visor.

While on the subject of Chinese caps, I have spoken with the people responsible for ordering Minor League caps about the differences between Chinese and USA made caps. They have said to me that New Era offers incentives to order Chinese-made caps, such as higher quantities for lower prices. However, I've noticed that Minor League teams often get a mix of USA and Chinese stock throughout the season depending on how many caps they order and how soon they need them. As of June 2019, Minor League Baseball will not longer have contemporary on-field caps made in USA with the closure of New Era's US plant in Derby, NY.