We now now ad another item to the list of the many variations of Padres "taco bell" caps.

It was discussed several times in the blog that the 1974 - 1979 version of the caps had yellow buttons at the top and that the reproductions with brown buttons were inaccurate. Well... 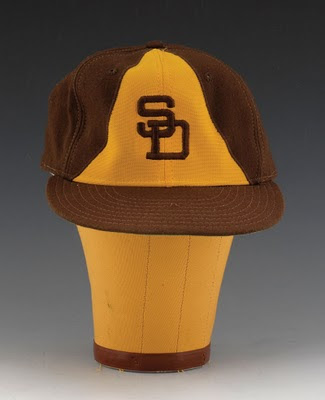 This a game-used cap worn by Rollie Fingers, which features a brown button. Fingers played for the Padres from 1977 to 1980, so it's hard to figure out exactly when this cap was made. Whether this was an error or not, it does exist.

What will we find next?

Louis Griffel just got a 70s Padres cap back from New Era where it had some repair work done. He got the works! All the stickers and everything! They also left all the original New Era tags despite replacing the sweatband. 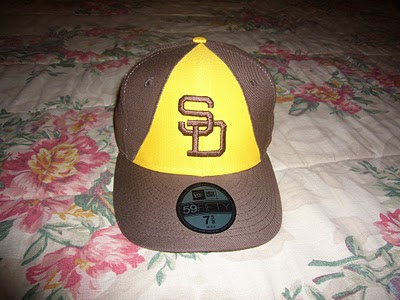 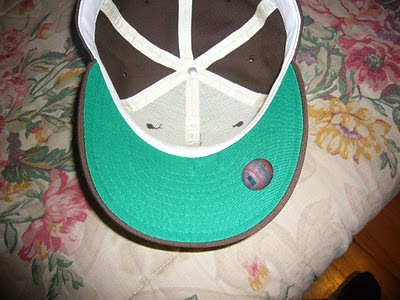 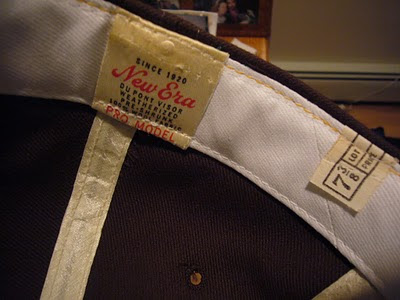 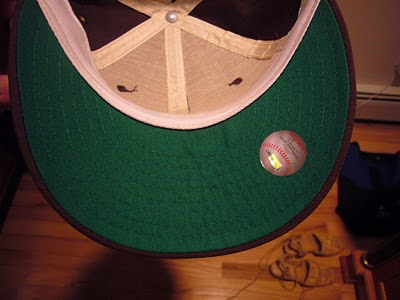 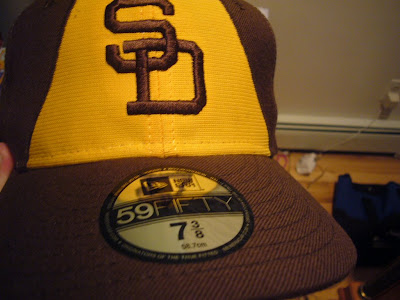 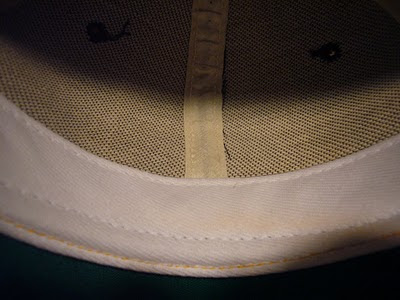