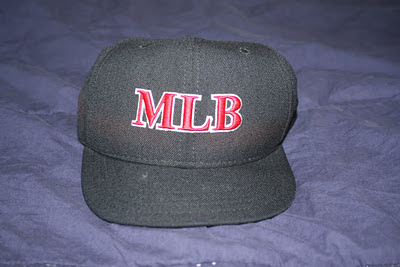 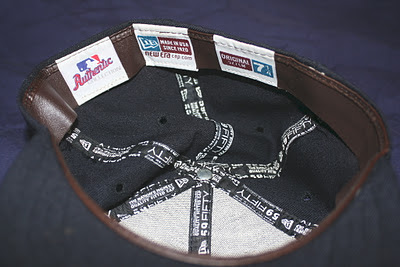 The MLB logo on the front was only used for the 2000 regular season, which was the first year that the MLB umpires were together in one group. The current MLB umpire logo began use in the 2000 post-season.

The cap features a leather sweatband. Umpires had the option of leather sweatbands through the 2007 season, a full 20 years after players caps lost them. Oddly, the leather is stained and it has rubbed off on the cap enough to show on the outside. I wonder what the season for that is?

If you have a cap you consider to be an "oddball" and would like to have it featured, please email me!