October 08, 2015
For the vast majority of the history of baseball, most teams wore just one type of cap per season. In the mid-19th century, "Road/Away" game caps began to appear. Then "alternate' caps and "spring training/batting practice" caps. In the 90s came patches on the caps of players in the All-Star game and on the caps of teams in the World Series, which gave birth to patches on caps for the post-season in general. Since then, we've seen patches on caps for multiple reasons, most notably retiring Yankees players and an American flag patch on 9/11. 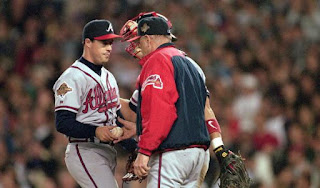 
In the last decade we've begun to see "theme" caps. Caps that may differ in design and/or color from the regular on-field cap for a specific team. Most prominently is the "Stars and Stripes" collection worn on the 4th of July and camouflage caps worn on Memorial Day. Teams have also done green caps environmental causes and pink caps for Mother's Day and breast cancer awareness. "Turn Back The Clock Caps" are another story... 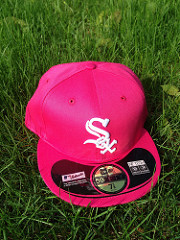 Minor league teams have just begun to catch on to this trend. Minor league teams have never done patches on caps very often. Usually they're done if a team is hosting an All-Star game that season or if the team had won a championship the previous season. Minor League teams have been doing theme jerseys for a while now, but some teams have decided to go all-out with matching caps. In fact, my local San Jose Giants wore a total of FIVE different theme caps this past season (they already have four different on-field caps) to go along with corresponding jerseys. They have been doing this for the past three seasons. They wore even more special jerseys but paired them with one of the four on-field caps the team regularly uses. Some teams may just do one, and some teams don't do any at all. 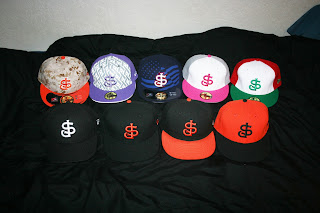 "Turn Back The Clock" - Common in MLB but not MiLB, However, some teams still do it.
"What Could Have Been" - Team wears a prototype uniform or a different name that was being considered before the team's first season
"Memorial Day Camo" - Identical to MLB
"4th of July Stars And Stripes" - Identical to MLB
"Cancer Charity/Awareness" - Typically a purple cap
"Breast Cancer Awareness" - Typically a pink cap
"Heritage Night" - celebrates an ethnic group, usually Irish or Italian

The questions now are... How much is too much? Should every cause or celebration get its own cap? Should teams stick with a couple of regular caps, or the more the merrier? Personally I enjoy many of these caps, much to the dismay of my bank account...