Showing posts from 2021
Show all 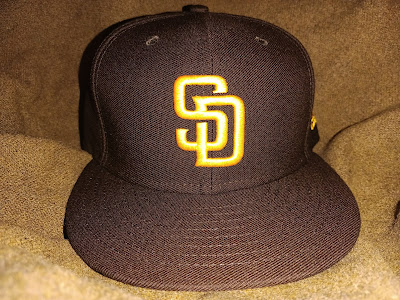 New Era shut down their long-time US factory in Derby, NY in June of 2019. Since MLB requires the actual caps that the players wear on the field to be at least "assembled" in the US, New Era now hires contractors in the Miami, FL area (Hialeah) to assemble MLB team issued caps. These caps are not made for retail, but it's possible to acquire MLB team issued caps directly from teams via "Authentics" programs, MLB Auctions, and fan fest sales. It also appears that occasionally, some actually do make it out to retail. In this post we will examine the differences between New Era caps made at the now-closed Derby, NY plant vs. the caps "assembled" in Hialeah, FL. Team-issued 2020 San Diego Padres caps will be used for most of the comparison photos (yes, the Derby plant was able to make some before it closed). They quite possibly may have been the very last caps ever made there.    A 2020 San Diego Padres cap made in Derby, NY. Many were disappointed to lear
34 comments
Read more 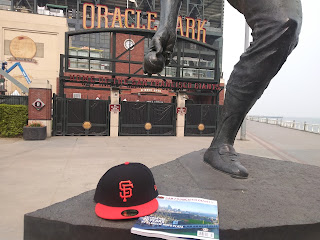 2020 has been an interesting year to say the least. For those of us that still prefer to buy made in USA MLB on-field player's caps, the pandemic has made buying them a bit more complicated. With the closure of New Era's plant in Derby, NY in June of 2019, you can no longer purchase "what the pros wear" in stores other than what was remaining in stock. My plan from here on out is to purchase team issued caps directly from the teams. A made in USA Giants cap I purchased at the team store at Oracle Park. Any nook and cranny you could peek through to see inside the ballpark was tarped off. The sky was gray and full of floating ashes from California's horrendous summer fires. 2020 was as surreal as it gets. From what I have been told, the last caps that the Derby plant made were for special event games in 2019 (Memorial Day, Mother's Day, Father's Day, 4th of July, the All-Star Game Workout/Home Run Derby caps, and certain "turn back the clock" caps.
7 comments
Read more
More posts