Showing posts from March, 2020
Show all 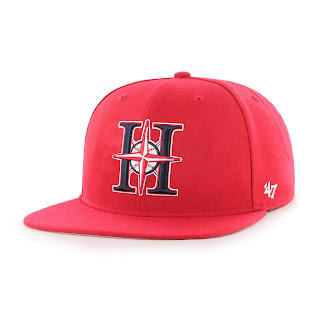 "'47 Brand" is the only surviving ancestor of the great "KM Pro" baseball cap empire. When KM Pro shuttered in 1976, Devon Professional Cap kept its legacy going until the end of the 80s. They were subsequently bought out by Twins Enterprises, now known as '47 Brand. They have since become the leading supplier of "Dad Hats" (under their "Franchise" line), a far cry from the ones that KM Pro once provided for player use in professional baseball. The last time a '47 Brand-related cap was worn by an MLB team it was the 1987 Boston Red Sox wearing caps made by Devon, which until then had exclusively been supplying the Red Sox caps since about 1979. Despite being known for Dad Hats, '47 Brand has still provided pro model caps for organized baseball. One loyal customer has been the Cape Cod League, which makes sense as '47 Brand is based in Massachusetts. The official 2020 on-field cap of the Harwich Mariners of the Cape Cod
9 comments
Read more 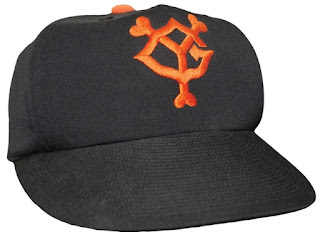 Updated 3/16/20 The baseball uniform market for Japan's major league - Nippon Professional Baseball - is wide open. Typically, the uniform supplier also provides the caps. However, some teams have chosen New Era at one time or another for caps and gone with a separate uniform supplier. A cap worn by Sadaharu Oh in the 1970s. There are several major sports and athletic apparel brands that have provided NPB uniforms and caps, such as Nike, Under Armour, and Adidas. Former MLB uniform supplier Majestic also supplies uniforms and caps. '47 Brand just recently began supplying caps for the Tohoku Rakuten Golden Eagles franchise. Rawlings was also a uniform supplier in the past. Then there are Japanese brands such as Mizuno and Descente that remain popular. Asics has supplied caps and uniforms at one time. Japanese brand Tamazawa was also once a popular uniform and cap supplier but it appears that they mostly supply fielding gloves nowadays. Descente is a major player i
7 comments
Read more
More posts