December 24, 2011
Back in the old days, New Era made caps for Wilson Sporting Goods under private labeling. After New Era nearly wiped them out as a major competitor, Wilson switched over to having ANNCO (American Needle and Novelty Company, now American Needle) make their caps. In the past ANNCO made the cheap felt souvenir caps that were sold at stadiums. By the time Wilson changed to ANNCO, Wilson was only supplying caps to the Phillies. Around this time, ANNCO made pro model caps under their own label for the Mets. However, the Mets expert I spoke with doesn't believe they were used on the field. 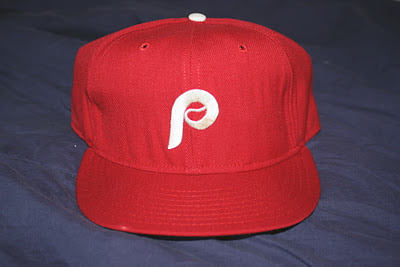 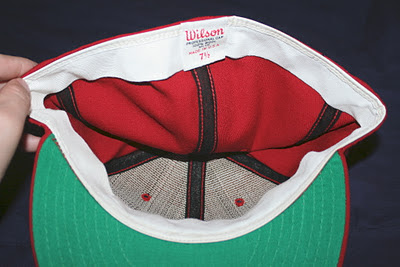 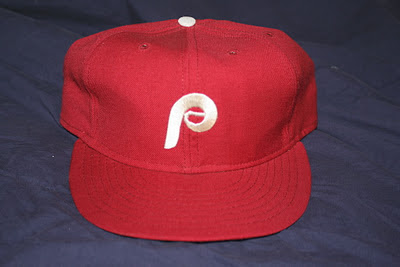 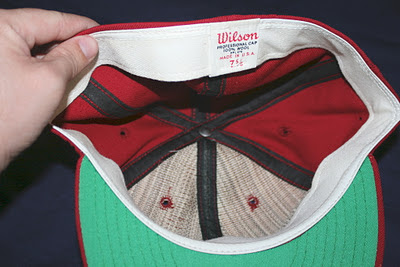 The Mets caps were made with a different type of buckram and didn't resemble a basket weave like the Phillies caps. Also notice the raised embroidery on the Mets logo that resembles a modern New Era. (photos courtesy of Steven August) 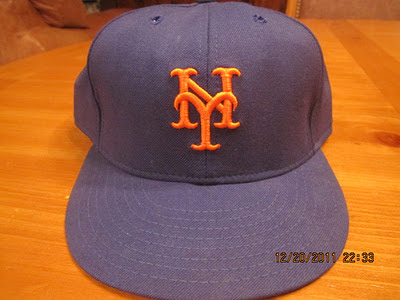 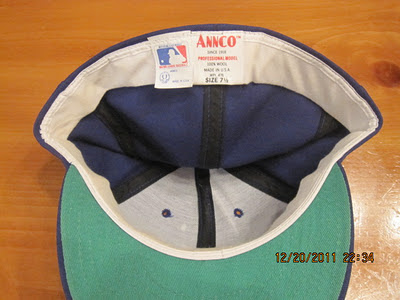 From the introduction of the 5950 cap in the 1950s until 1987, New Era's caps were manufactured the exact same way with their own machinery with the exception of a few minor changes here and there. In 1988, New Era and their main competitor Sports Specialties launched the "Diamond Collection". Other on-field apparel makers also carried the label. That year, the 5950 underwent a major redesign. The structure and profile all changed. Inside the cap, satin taping and leather sweatbands were phased out (leather would be available for umpire caps for another 20 years). I personally own one New Era cap from 1988, but it's structure is nearly 100% identical to ANNCO caps. 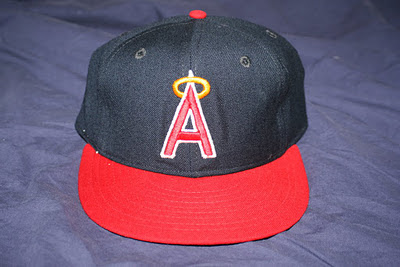 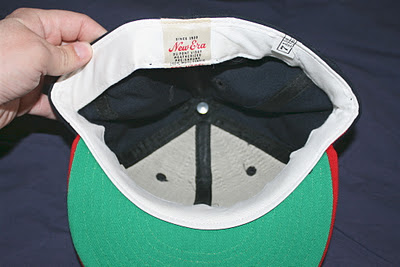 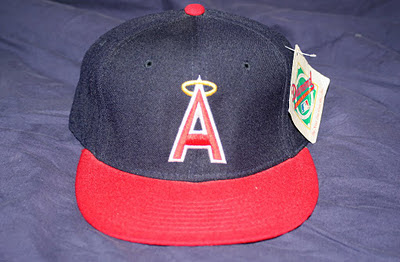 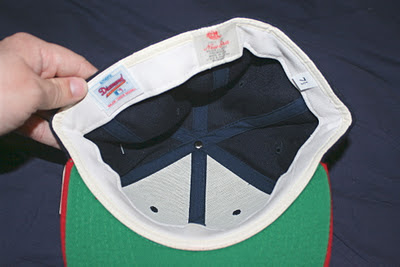 Notice how similar the inside of the cap looks when compared to the Wilson and ANNCO caps above.

In 1989, New Era went back to their old machinery. The only major change was the sweatband, which lost the liner around the edge. Satin taping returned, along with the "Lot/Price" size tag. 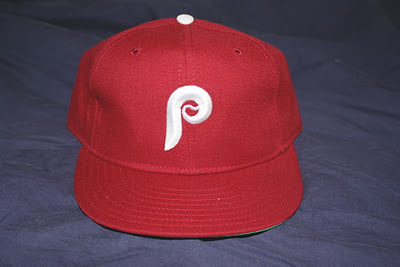 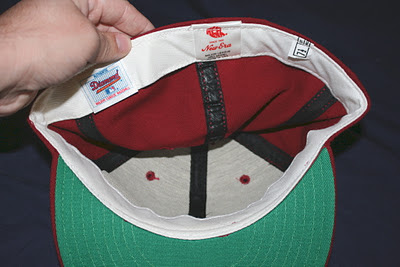 In 1990, New Era's cap design changed again, but that's another story that will continue in my next post.

So do you think that ANNCO made New Era's caps under private label in 1988 or are there just a few similarities? There are a few differences though, such as the button size and the way the visors are stitched. But also, why would New Era go back to their original machinery in 1989? Teething problems with the new machinery? I've also noticed that many of New Era's Cooperstown Collection caps have the exact same logo embroidery designs as ANNCO's original Cooperstown caps. Express your opinion in the comments section!