January 19, 2013
Cap Stories will focus on interesting ways that you acquired a cap you own and/or the history behind it. You may email me at insomniac186@yahoo.com if you have a story you would like to share. Photos are not necessary but are a plus. We will kick it off with a story with photos from yours truly.

The summer of 2011 started rough. I was going through a bad breakup (a six-year relationship) and my band of eight years was breaking up. I needed something that could keep my mind off of things. I turned to my favorite sport. As a resident of San Jose, California, I had been attending games of San Francisco Giants A-Advanced Affiliate San Jose Giants since I was nine years-old. As some of you know, 2011 was not exactly great for the San Francisco Giants club. However, the San Jose Giants were teeming with young talented prospects. Seven players from  the Giants current "Top 20 Prospects" list were on the team, including #1 prospect Gary Brown. I began to attend several games a week. 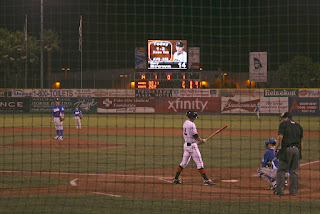 Gary Brown steps up to the plate at Municipal Stadium in San Jose, California

I soon realized that I was young, I had a car, and enough cash to drive a little way out of the area for the day. There were three other minor league clubs that were close enough were I could drive there, attend a game, and be back within the same night. They were the Stockton Ports (Oakland A's A-Advanced Affiliate), Modesto Nuts (Colorado Rockies A-Advanced Affiliate) and Sacramento River Cats (Oakland A's AAA Affiliate). I attended one Nuts and River Cats game each, and attended several  Ports games. The tickets were cheap! I also enjoyed their ballpark which is relatively new. The Ports also had many A's prospects, including #1 prospect Michael Choice. 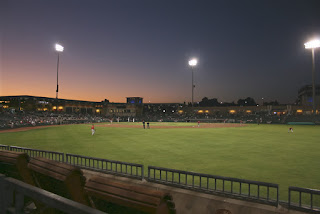 As the season began to wind down, both the San Jose Giants and Stockton Ports made the playoffs. The Ports eliminated the Giants, and moved on to the California League Championship Series. They would face the Lake Elsinore Storm, who are Padres affiliates, hold the highest attendance in the California League, and wear the undisputed most popular cap in all of Minor League Baseball. After three games in the series, the Storm were one win away from the championship. Game four was held on a Sunday night on the 18th of September. Some friends and I drove up to the game from San Jose. Nick Schmidt was on the mound for Lake Elsinore, Dan Straily for Stockton. 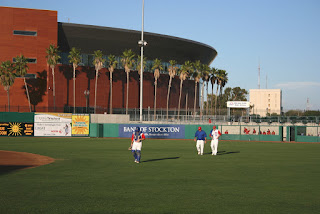 Dan Straily (right) walks to the dugout after warming up with pitching coach Craig Lefferts and catcher Ryan Lipkin.

Straily got hammered and left the game after 3.1 innings, giving up 5 runs. Lake Elsinore's Tommy Medica and Nate Freiman (batting 3rd and 4th, respectively) provided most of the offense, with three home runs, four RBIs, and six runs between them. Medica and Freiman hit back-to-back homers in the 5th inning in dramatic fashion, and in my perspective it put the game out of reach for Stockton. Lake Elsinore ended up winning the game and the California League Championship by a score of 10 to 3. 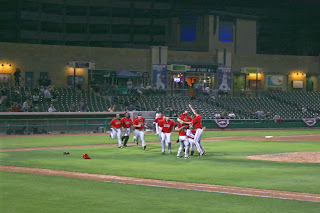 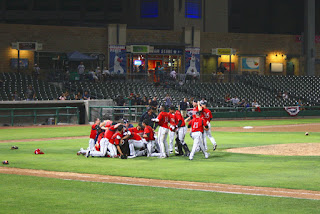 The Storm celebrate their victory. 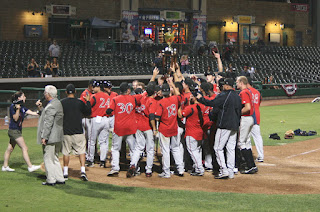 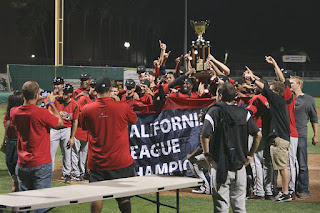 After the trophy ceremony, players from both teams were very generous, giving away bats, balls, and even a pair of cleats. Rashun Dixon of the Ports (his brother is Anthony Dixon of the San Francisco 49ers) gave his game worn cap (still wet with sweat) to my friend. One year later, I acquired Tommy Medica's cap, which showed on on eBay. As it turns out, Medica is also from San Jose, and we have a couple of mutual friends. Small world! 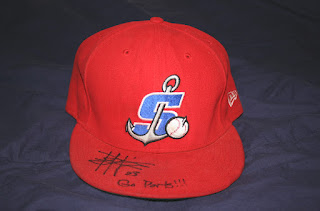 Rashun Dixon's cap, given to my friend. 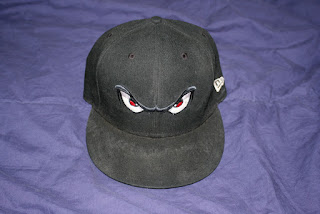 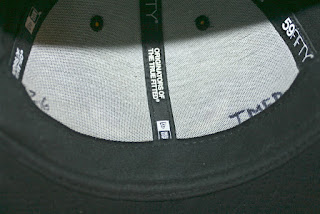 That's the story! I can't wait to hear yours!

Players that I mentioned: Where are they now?

Gary Brown: #1 Giants prospect, batted .279 with AA-Richmond and participated in the Arizona Fall League in 2012.

Michael Choice: #1 A's prospect, batted .287 with AA-Midland and participated in the Futures game as well as the Dominican Winter League in 2012.

Nick Schmidt: Traded to Colorado in the deal that sent Houston Street to San Diego. Went 12-6 with a 4.45 ERA between AA-Tulsa and AAA-Colorado Springs in 2012.

Nate Freiman: Batted .298 with AA-San Antonio, claimed by the Astros in the Rule 5 draft in 2012. Playing for Israel in the 2013 Wold Baseball Classic.

Rashun Dixon: Batted .229 between High-A Stockton and Low-A Burlington in 2012.