June 02, 2014
The Padres opted to have a turn back the clock game early this season, wearing 1984 uniforms on Memorial Day weekend. Initially, there was supposed to be little difference from last season's version and the one for this season. However, there are two that I noticed. 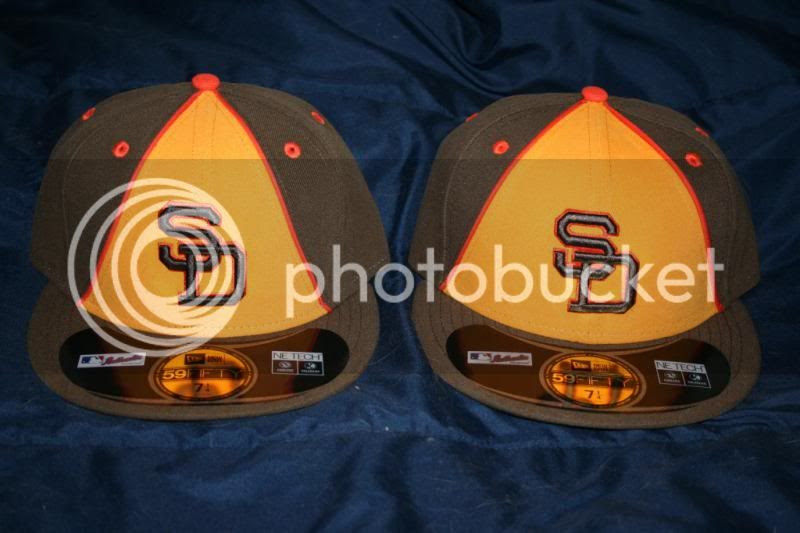 The 2013 version is on the left, 2014 on the right. The 2013 version has a much smaller "bell" compared to the 2014 version. The 2014 version also has thicker stitching and does not show any yellow where the orange outline is close together. The non-outlined portion of the logo still overlaps instead of interlocks. Just when New Era was showing signs of making these caps more faithful to the originals, they took a step backwards this year. The 2014 version is almost exactly like the 2011 version (which was not released to retail).

I was all set to purchase a game used cap once the last game they wore them was over, but I was told that the team changed their mind and will wear these caps once more this season. They have not announced a date.

I will be in San Diego at the end of the month and I am in talks to make an appearance to discuss these caps. I will post the details once everything is finalized.

Now that that my schedule allows for more free time I will have more posts coming. There's a lot in the works with lots of neat and unique content. Stay posted!