Not to toot my own horn, but I do consider myself to be the foremost expert on the history of the "bell panel" baseball cap started by the San Diego Padres, typically known as the "Taco Bell" cap. If you read my previous blogs you will notice that the shape of the front panel of the cap resembles a bell when looked at straight-on. The reason for that is because the Padres celebrate the California missions. The missions all had bells at the top of the buildings and well, so did the Padres players by donning these caps. It all makes sense.

I noticed that several minor league teams in the 70s and 80s also wore bell panel caps. Only two of them were actual Padres affiliates. Why use a bell panel when you're not a Padres affiliate? It makes no sense to me. Many have never noticed that the shape is a bell, they probably just liked the look. That's why when the Rays wear their 70s "Fauxback" uniforms that are 70s Padres rip-offs, it bothers me.

Anyway, here are the minor league teams that have worn these caps at one time or another. From what I can tell, most wore these for only one or two seasons. Unfortunately, finding minor league photos is a challenge, especially in color...

First, we will start with the Padres affiliates... 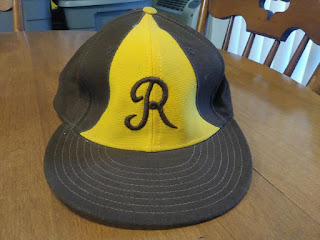 The Reno franchise wore Taco Bells the longest, starting in 1978. The team was the Silver Sox despire being brown and gold because 1. Silver Sox was already a long-time name for Reno teams and 2. San Diego had the Amarillo Gold Sox as their Double-A affiliate. 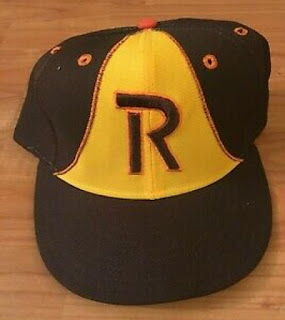 By the early 80s, the Reno franchise had changed its name to that of the parent club. I can confirm they were worn in 1983 but I am unsure if they continued to wear this cap the following season. By 1985 they had switched to a brown cap with an orange logo. They continued to wear recycled early 80s Padres pullover jerseys through the 1986 season.

1983 was the inaugural season for the Las Vegas Franchise. They wore the Taco Bell cap only that season. In 1984 they switched to a solid orange cap. Ebbets Field Flannels made reproductions of these a few years ago. 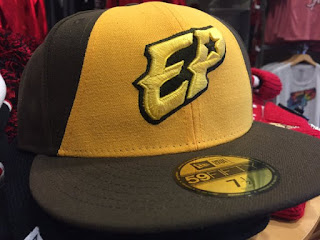 The current Padres triple-A team did a 70s "Fauxback" game. 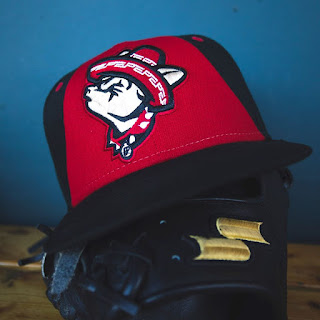 The Chihuahuas added a bell panel cap into their rotation of game caps in 2019. They may have only been worn in a handful of games. They sold out quickly in the team store and are currently unavailable. 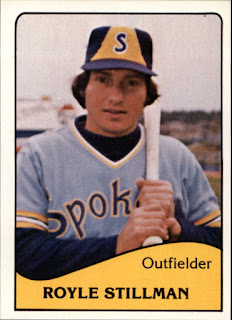 One of these popped up for sale on eBay a couple of years ago. Unfortunately I was outbid. Ebbets Field Flannels has made a reproduction. 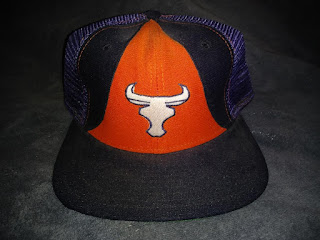 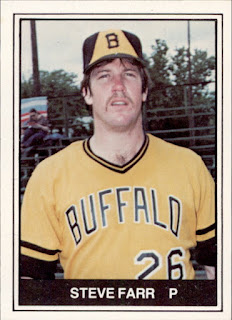 The logo is identical to the Pirates "P" only with the added segments to make a "B". 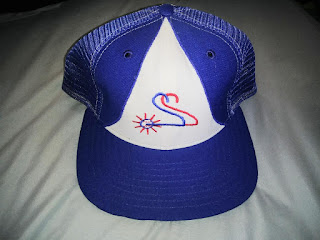 The logo is nicknamed the "Exploding Coat Hanger." 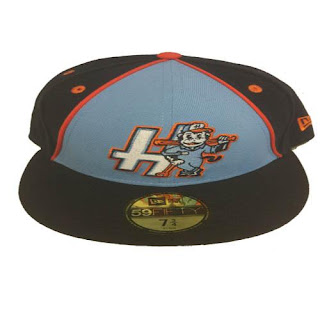 Taking a cue from their parent team, The Tampa Bay Rays, the Hot Rods wore a "Fauxback" cap in 2017. 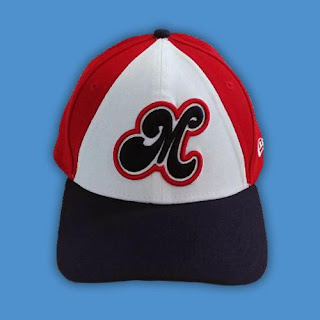 In 2018, the Ft. Myers Mircale also jumped on the "fauxback" bandwagon with these. Unfortunately, they are flexfit caps and not fitted. 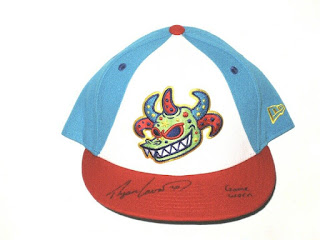 The Railriders wore these as part of the "Copa de la Diversion" program. 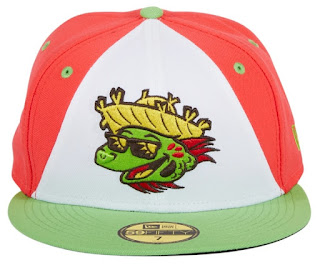 The Senators are wearing these as part of the "Copa de la Diversion" program.

Are there any I missed? If so please email me.

-Thanks to Andy Sorber for additional info.