January 25, 2020
This was the first time in about three years that I had been able to attend A's Fanfest. My brother and I had been attending the NAMM expo in Anaheim in that time, which usually takes place the same weekend.

When I got in line for the tent sale, my expectations were very low as I could not see any caps. The line was near a bench that had what appeared to be human feces on it (it got hosed off before fanfest officially started). Homeless people asked those in line for change. When I got in, the caps endeded up being all the way at the back. Much to my surprise, there was a very large selection of caps organized by size. They were mostly leftover unworn team stock with a few game used mixed in. They had the normal on-field caps, plus patched caps and special events. 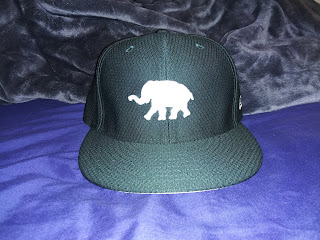 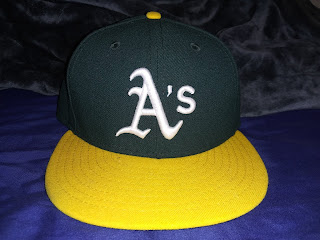 A standard home cap that had some mild game use but no player number. 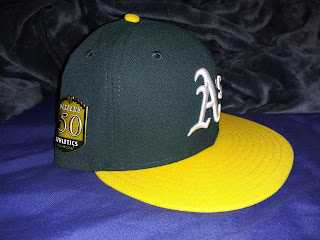 A 50th Anniversary patch cap from 2018 that was unused. 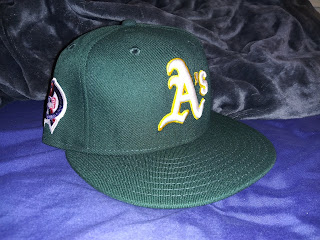 As I have mentioned before, the 2019 special events caps were made in USA, unlike the retail versions which were made overseas. All execept the Player's Weekend caps were among the last caps made at the Derby, NY plant before it closed. 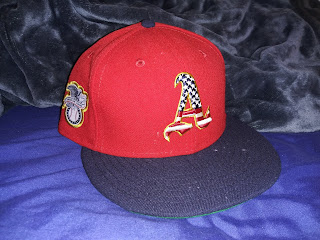 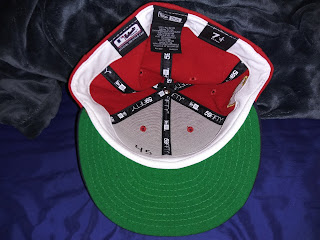 A 4th of July cap. It appears to have some use, but I cannot find what player wore the number 45 last season. 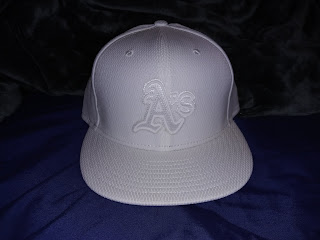 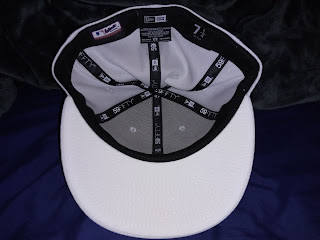 An unused Player's Weekend cap. These were some of the first caps made in the Hialeah, Florida facility by contractors.

There were a few surprises. In the size 7 1/2 section, they had late 80s vintage Sports Specialties caps. They were made in USA and still had tags. I had seen these for sale a few years ago so I was very surprised they had any left. 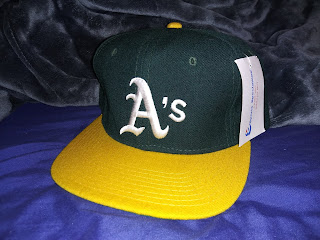 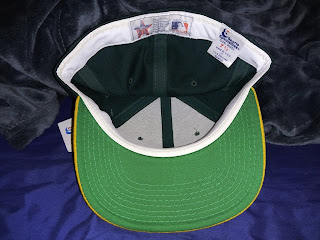 The biggest surprise was finding Japanese NPB caps for sale. There were two teams; the Yomiuri Giants and Hanshin Tigers. There were two styles of Giants caps; one was a wool cap, the other was made with reinforced mesh. Both were made by Adidas. The Tigers were made by Mizuno and were also made with reinforced mesh fabric. I am unsure of what year the caps are from, but the Giants used Adidas as a cap supplier from 2006 to 2014. The Tigers apparently still use Mizuno. The A's have played against both teams in Japan in exhibition games, but I assume at some time in the recent past both teams must have come to Oakland and left these behind. NPB on-field caps are very hard to acquire. To this day, there is not really a retail market for NPB on-field caps in Japan. They are very expensive, up to an equivalent of $200 and sometimes require a two-month wait as they are made-to-order. I really lucked out! 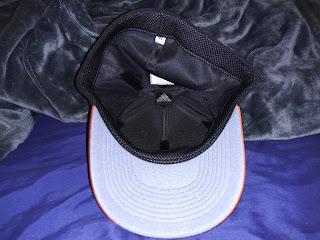 The Wool version of the Yomiuri Giants cap. 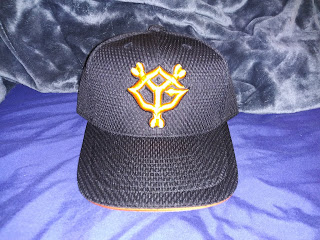 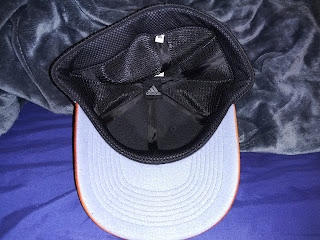 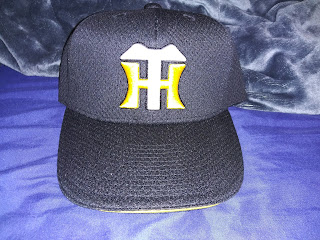 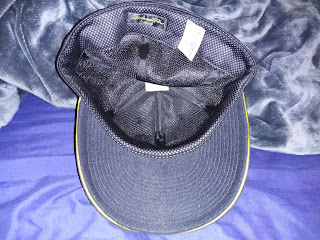 The A's Fanfest ended up being great this year and I look forward to next year!