July 07, 2020
The Korean Baseball Organization has been thrust into the spotlight recently as for a period of time it was the only professional baseball league playing a regular season in 2020. MLB is now scheduled to start in late July.

When the KBO season first started, I had searched eBay to look for on-field caps but there weren't any. However, it appears that on-field caps for most teams have now become available. The KBO is a wide-open market for cap and uniform providers. Like the NPB, it's a mix of national and international brands.

KBO on-field caps typically come in both Velcro-back and fitted stretch-fit styles. What I mean by "fitted stretch-fit" is despite being stretch-fit caps, they still come in fitted sizes. They have a bit of give to them so if you are just above or below the fitted size, the cap will be able to accommodate that. Very clever, I think. The Samsung Lions are the only team that appears to wear snapback caps.

The two major brands (Nike, worn by the Kiwoom Heroes and Under Armour, worn by the Samsung Lions) appear to not be available in retail. However, high-quality "generic" brand-less versions are available. It's likely the teams have contracts to provide team-issue only and not retail. If Nike and Under Armor contract with a Korean manufacturer for the caps, then it may be possible that the generic versions made for retail are made by the same Korean manufacturer minus the brand names.

The KBO does allow logo creeps. However, they are placed on the back of the cap as opposed to the sides. Many teams use the sides of the caps for sponsor patches.

Below is the list of teams and their respective cap providers:

LG Twins & KT Wiz - YuPoong Flexfit: "Flexfit" caps are widely available in the US. The ones with the actual brand name of "Flexfit" on the label are made by Korean company YuPoong. The on-field caps for the Twins and Wiz are made with high-quality synthetic materials. The LG Twins also have a secondary model with "trucker cap" mesh on the back panels. They appear to be in a partnership with "Interpark", a large Korean e-commerce company. 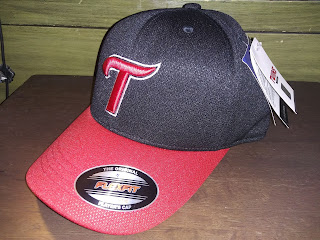 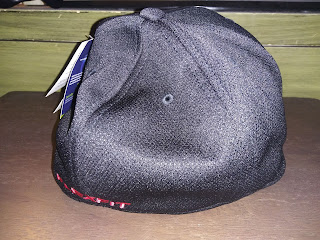 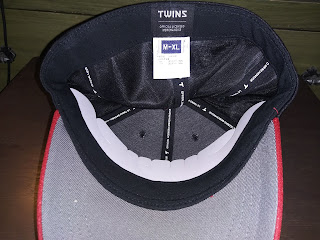 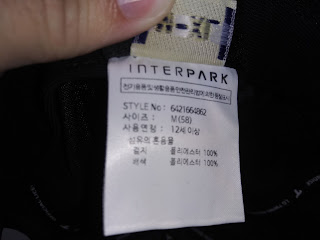 The LG Twins cap that I purchased was definitely higher-quality than the "Flexfit" brand caps you can purchase stateside. 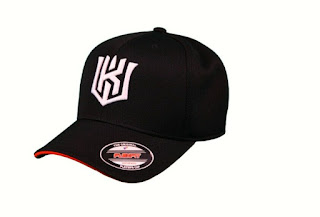 Samsung Lions - Under Armour: The Lions appear to be the only team that exclusively wears snapback caps. The on-field caps as well as the generic retail versions feature tonal undervisors while most teams use gray or black. The Samsung Lions cap that I purchased is very high-quality with the front panel and visor fabric being wool. 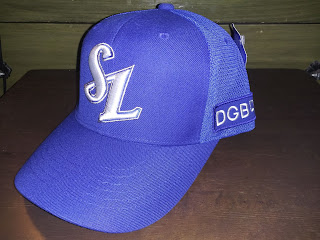 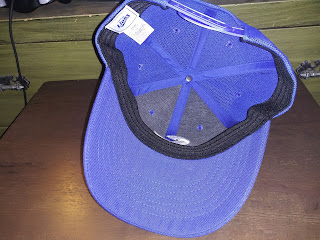 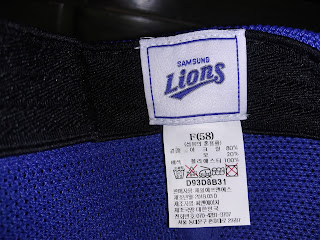 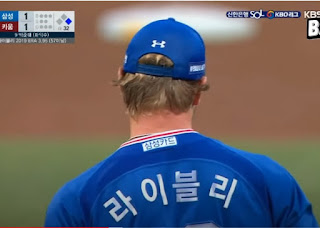 Kiwoom Heroes - Nike: Like the Samsung Lions, the brand-name versions are not available in retail. It's unknown if the Nike on-field caps are made to KBO specs or if they are like Nike's normal baseball caps that they offer to collegiate teams. Judging by the game footage I viewed, they appear to be made to KBO specs. Also similar to the Lions, the Heroes caps have tonal undervisors. However, they do not wear snapbacks like the Lions. They use both Velcro-back and fitted like the rest of the KBO teams. However, it appears that only Velcro-back models are available in retail. The Velcro-back and fitted Nike on-field versions can be seen in the screen-grabs below. 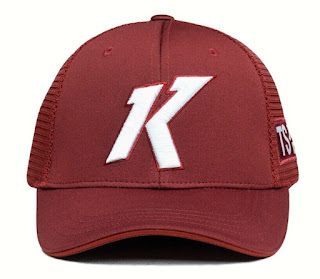 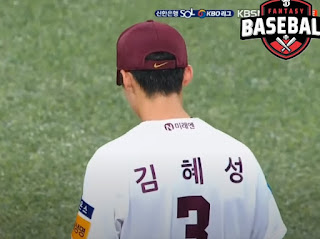 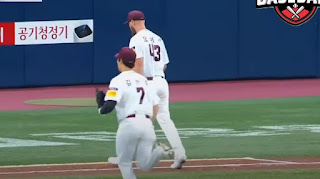 Lotte Giants - ATC: I could not find much on this brand, but I assume that they are a Korean fitness/lifestyle brand. However, Google searches have been fruitless and ATC's instagram page is all KBO-apparel related. Their slogan is "Enjoy Your Wear." 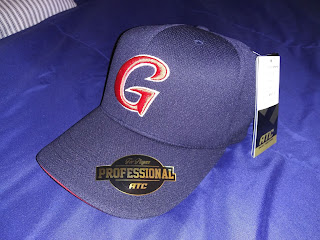 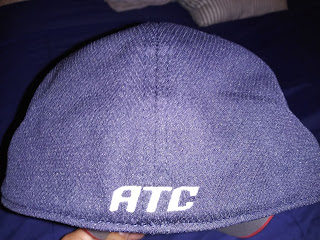 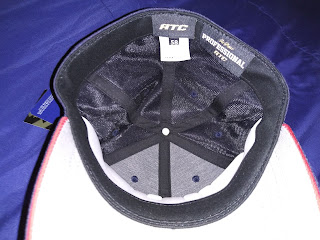 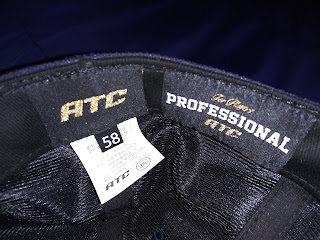 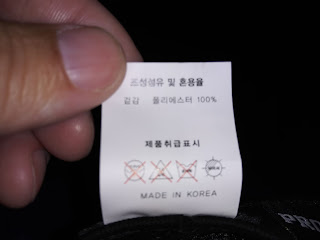 The Lotte Giants cap that I purchased lacked the sponsor patches. This cap is primo quality and is quite impressive. A very high-quality product. Kudos to ATC.


SK Wyverns - Dynafit: Now this is an odd one. Dynafit is a manufacturer of skiing and snowboarding equipment and apparel, at least here in the USA. They are based out of Europe (Italian ownership, headquarters in Germany). However, I learned that Dynafit is more of a lifestyle & fitness brand in Korea. 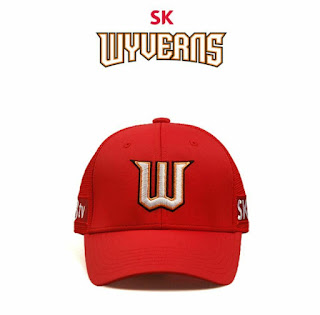 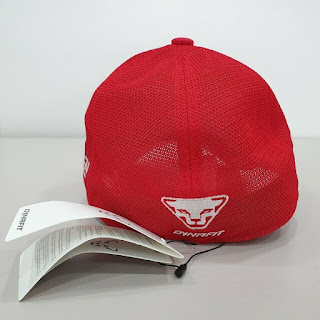 Hanwha Eagles & Kia Tigers - Lockerdium: Via "hubwub" on Reddit:"Lockerdium is like a subsidiary of Keien and they are a brand as well as a online sporting goods (mostly baseball). The parent company Keien is heavily involved in Korean baseball. They hold official licenses for non-Korean sports manufacturers to be their distributor and sell it through Lockerdium. Keien also handles the commercial sales of multiple KBO teams which are KIA Tigers, Hanhwa Eagles, NC Dinos, and LG Twins. They are also a uniform manufacturer. As of this year, they manufacture half of the KBO team uniforms." 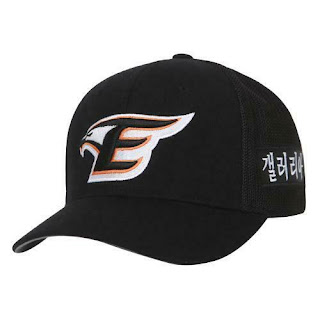 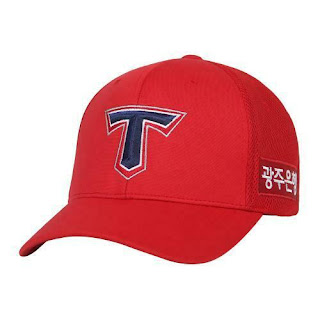 Doosan Bears: WeFAN: I also could not find much on this brand, but they appear to run KBO merch stores at stadiums. 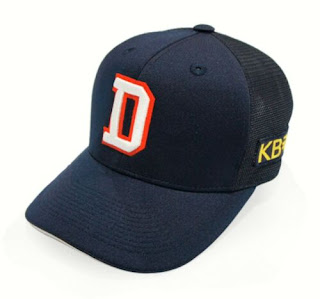 NC Dinos: V-Exx: Another brand I could not find much on but according to KBO Reddit, they are a uniform provide, also providing uniforms for a Korean soccer team. Their parent company is the marketing arm of Samsung. 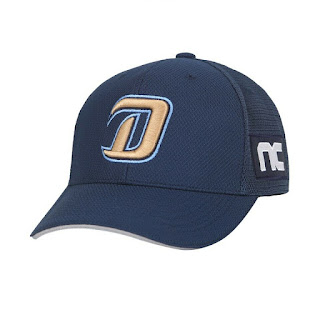 What brand is missing? New Era of course! Their absence from a professional baseball league these days is almost inconceivable. I have seen a Samsung Lions cap made by New Era, but I'm not sure if they were ever worn in games. Majestic also appears to have been a major player in providing KBO caps and uniforms as recently as last season, but for 2020 they are nowhere to be found. I have a 2016 Lotte Giants spring camp cap made by them and they apparently have provided caps for All-Star games and the Kia Tigers last season.

I hope you enjoyed this view into the interesting world of on-field caps of the KBO.

A special thanks to members of the KBO Reddit board for helping me with much of this information.