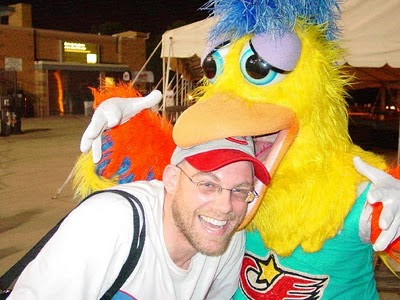 When did you first start collecting pro-model baseball caps? Age 14 (before my birthday in 1979). 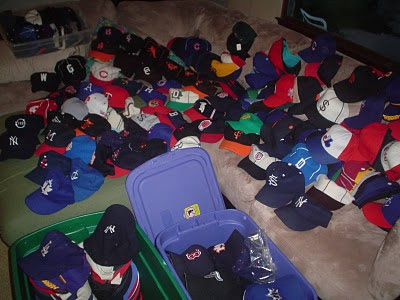 How have you acquired your caps? I've bought them via mail order, at the shops outside Wrigley Field (awesome, awesome spots!), at cap/sports apparel shops, via Internet, as gifts, via trade, any way you can get 'em -- I've gotten 'em that way! 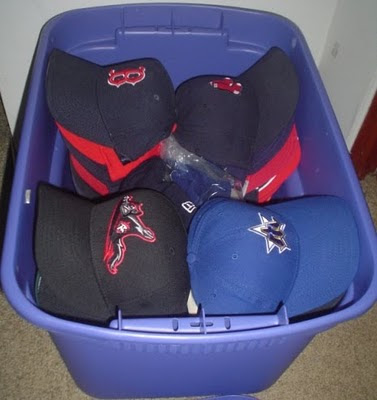 What do you consider to be your “holy grail/grails”? Since I have more than 400 (MLB/Minor League/International play authentics, MLB/Minor League/Negro League/International play throwbacks, and many, many others), I would have to say my favorites are the soft-leather-sweatband Mitchell & Ness caps (made by Roman just before going defunct) -- specifically my ,46 Red Sox, and the Ebbets Field Flannels minor league caps like the San Francisco Seals ('55, I believe) and the Vancouver Mounties (late '50s?). Also love the '31 Brooklyn "Robins" from Cooperstown Ballcap -- the best-looking CBC cap I've ever seen. But, like Beatles songs, my favorites tend to change week by week. Right now, my favorite is the Yankees flapless batting helmet (aka, "catcher's helmet"), which I wore behind the plate in the league baseball game I played last week. (The helmet has a "44" on both the tip of the bill and at the back, just like Reggie.) Oh, and my 1980 Houston Astros "Tequila Sunrise orange" cap, which I still wear with my '75 Astros uniform (see one of the photos -- from an article written by Jax White for CornbeltBaseball.com and how the new minor league park -- with all artificial turf -- feels to play on). I also love my adjustible '61 Reds cap, which I got signed by The Famous Chicken. 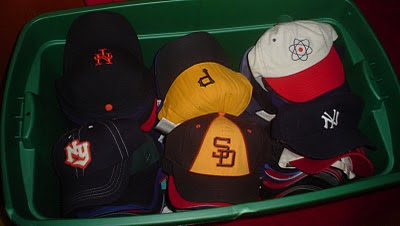 What is your favorite cap manufacturer? I've always been a New Era guy... but Ebbets Field has overtaken them by making the most comfortable, best-looking wool broadcloth caps ever -- even better than New Era/K M/Spalding made in the '50s or '60s. 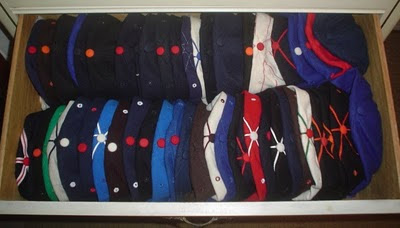 What about baseball caps appeals to you? As a huge baseball fan my entire life, my love of baseball caps is academic. Besides, having lost my hair at a very early age, they served a great purpose: To keep the sun off my pale, vulnerable scalp. As for why the pro-model caps appealed to me: I knew that the souvenir types I'd get -- the kinds with the elastic back and sewn-on logo patch -- wasn't like what the real ballplayers wore. Their logos were embroidered, the backs fitted and not stretchy. I always wanted one. (Looking back, I wish I still had some of those old souvenir caps -- like the Dodgers, Angels and Padres, which were made of a lighter wool flannel and were actually pretty neat!) 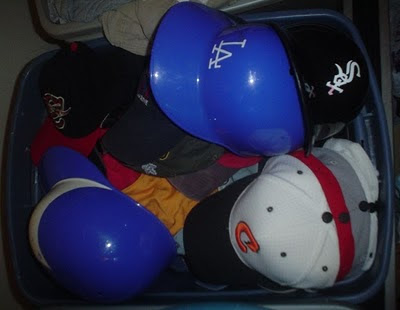 What was your first pro-model baseball cap? Back in '79, I ordered a home Milwaukee Brewers cap from a New Era ad that ran in the Sporting News. It was $12 plus, like, $3 for shipping and handling. Most of the caps I bought after that, over the next 10 years or so, were at the shops outside of Wrigley Field. I'd spend almost as much time in those shops as I did in the ballpark. 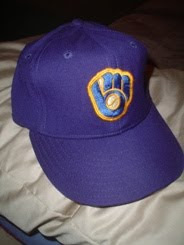 What is your favorite cap of all time? Ooh... man.... How about this: The Minnesota Twins tri-color batting helmet. 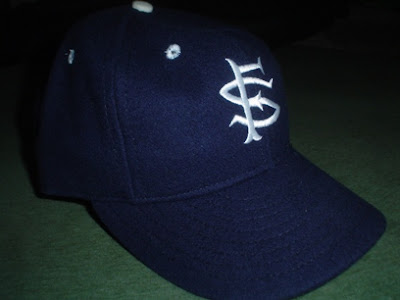 What is your favorite baseball team? In order (but all very close proximity, almost like all number ones): Cubs, Red Sox, White Sox. Close behind: Blue Jays, Dodgers, Rays. 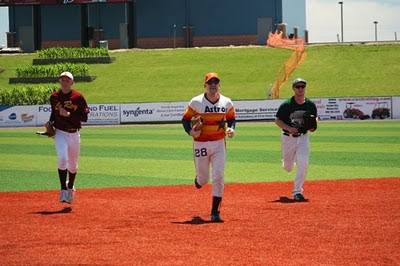 Do you wear any of your vintage caps, or do you keep them on display, on a shelf, or in a box, etc.? I'm a wearer -- in theory, all of my caps are for putting on my head. But a bunch are too big (a couple dozen are 7 3/8, from when I weighed about 30 pounds more than I do now), and a few are too small (from when I weighed about, well, 30 pounds LESS than I do now). But I'll wear several dozen of them -- I try to rotate. The ones I wear most, though: A 2006 White Sox alt (white with navy piping and bill, no logo on the front, commemorating their 1906 World Championship), my Red Sox alternate (performance fabric, with the socks on the front and red button on top), and my Ebbets Field '55 Seals and '72 New York Mammoths (from the movie "Bang the Drum Slowly"). As for storing my caps, I have four Rubbermaid containers -- a flat one, a couple of 18-galloners, and a massive 30- or 40-galloner. Plus an entire dresser drawer with about 50 or so Mitchell & Ness/Roman and Ebbets Field Flannels caps. Keeping them out only encourages fading, dust collection and other people messing around with 'em. 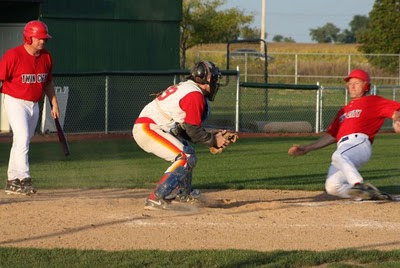 Wool Caps or Polyester Caps? Wool for wearing around, Polyester for sweating. (My baseball team wears old Twins alt caps -- red crown, navy bill -- and I bought myself a performance fabric model at Lids to wear when I play.)

Leather Sweatbands or Cloth Sweatbands? Cloth -- much more comfortable. Although the M&N/Roman models with soft leather sure are nice, almost enough to make me a convert.

Any hobbies or other interests? I play baseball -- not softball, BASEBALL. I write, produce and act in movies (here's my IMDB page -- http://www.imdb.com/name/nm2931849/), ballroom dancing (that's the quid pro quo with my wife in exchange for the baseball and movies), helping to run a baseball website and writing blogs -- including one on ballcap collecting!

Late in the Game: http://cornbeltbaseball.com/?cat=80